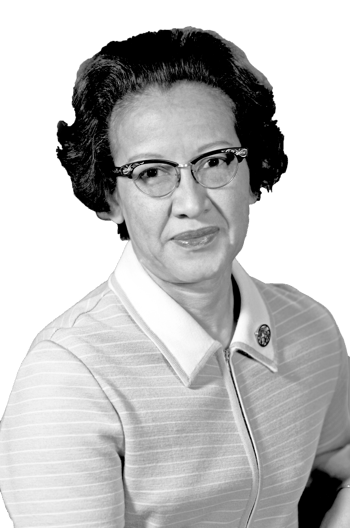 February is recognized across the US as Black History Month. In keeping with this tradition we like to look back on great leaders, trailblazers, and heroes in STEM. This month we recognize the NASA mathematician Katherine Johnson, whose work played a pivotal role in the moon landing, Project Mercury, and the beginning of the space shuttle program.

Johnson was born on August 26, 1918 in White Sulphur Springs, West Virginia. From an early age Johnson excelled in math, despite growing up in a school district where public education for Black children did not go past eighth grade. Because of her aptitude she was able to attend an accelerated high school program starting at the age of 10, graduating at the age of 14. From there she went on to study at West Virginia State, a historically Black college.

Although mathematics was an exceptionally difficult career field for both women and minorities at the time, Johnson managed to excel and in 1953 she accepted a job offer at the National Advisory Committee for Aeronautics, where she worked as a “computer.” Sadly, though, because of her skin color she was not allowed to work, eat, or use restrooms alongside her white peers for the first five years of her career. Yet she continued to persevere and succeed: she was promoted to the Spacecraft Controls Branch, where she made crucial calculations involving space flight trajectory, launch windows, and navigation charts for numerous space flights, including the Apollo 11 moon landing. She continued to work at NASA until her retirement in 1986.

Katherine Johnson is cited as a pioneering example of African-American women in STEM and in 2015 was awarded the Presidential Medal of Freedom by President Barack Obama. Johnson passed away on February 24, 2020 at the age 101.