Posted by Richard Kingham on September 30, 2021 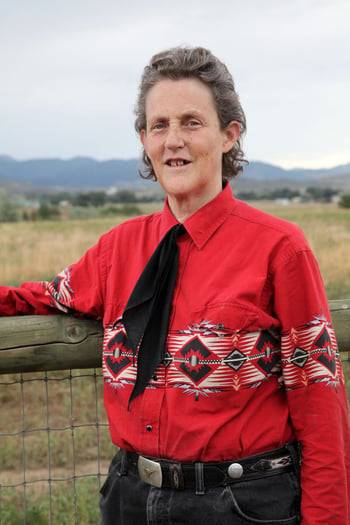 Animal behaviorist and autism activist Temple Grandin is proof that what most people perceive as a handicap can become key to scientific discoveries. Her advocacy for people on the autism spectrum and advancements in the humane treatment of cattle would not be possible without her autistic mind.

Born in 1947, Grandin grew up in a time when autism was deeply misunderstood. In the mid 20th century, the primary recourse available to children with autism was, tragically, institutionalization. Grandin’s mother, who held a degree in English Literature from Harvard, refused to accept this as a viable option. Instead, she consulted with leading medical experts who focused on special needs children, eventually meeting a neurologist who recommended speech therapy for her daughter.

Speech therapy and other behavioral habits reinforced by her family worked for Grandin, but she would continue to struggle socially throughout her childhood and adolescence, without understanding her condition. Research into autism was so nascent at the time that Grandin would not receive an official diagnosis of autism until early adulthood.

The Impact of a Committed Teacher

As a high school student, Grandin had a science teacher, William Carlock, who altered the trajectory of her life. Carlock, a former NASA employee, encouraged Grandin to explore her ambitious ideas and manifest them through science. One of her creations was the squeeze machine, a large box that reduces stress in hypersensitive individuals (such as those on the autism spectrum) by compressing them. With Carlock’s help, Grandin designed and built her squeeze machine, which is still used by many people today.

Grandin would go on to earn a BA in psychology and an MA and PhD in animal science. Grandin’s education and her neural differences enabled her to develop more humane slaughter methods for animals. During her research of slaughterhouses, Grandin noted the extreme stress cattle experienced as they were herded toward slaughter, often causing disruption, chaos, and even injuries among the cattle and workers. Grandin has said that she and many animals think in pictures. This cognitive feature, shared by many people with autism, gave her special insight into what animals endured as they moved toward the slaughterhouse. By inhabiting the animals’ perspective, she designed a special corral system that eliminated stimuli that act as stressors to cattle. This created a lower-stress environment for the cattle, facilitating and speeding up the slaughtering process.

Along with making several other contributions to animal science, Grandin has become a celebrated activist, encouraging parents to seek early intervention for their children with autism and foster their curiosity. She’s delivered dozens of talks and has authored ground-breaking academic articles and books as well as popular books. She was also the subject of an award-winning eponymous movie starring Clare Danes in the leading role. Now in her 70s, she continues to research and advocate for people with neural differences. Grandin’s accomplishments and approach to life remind us that our differences sometimes hold talents that can change the world.