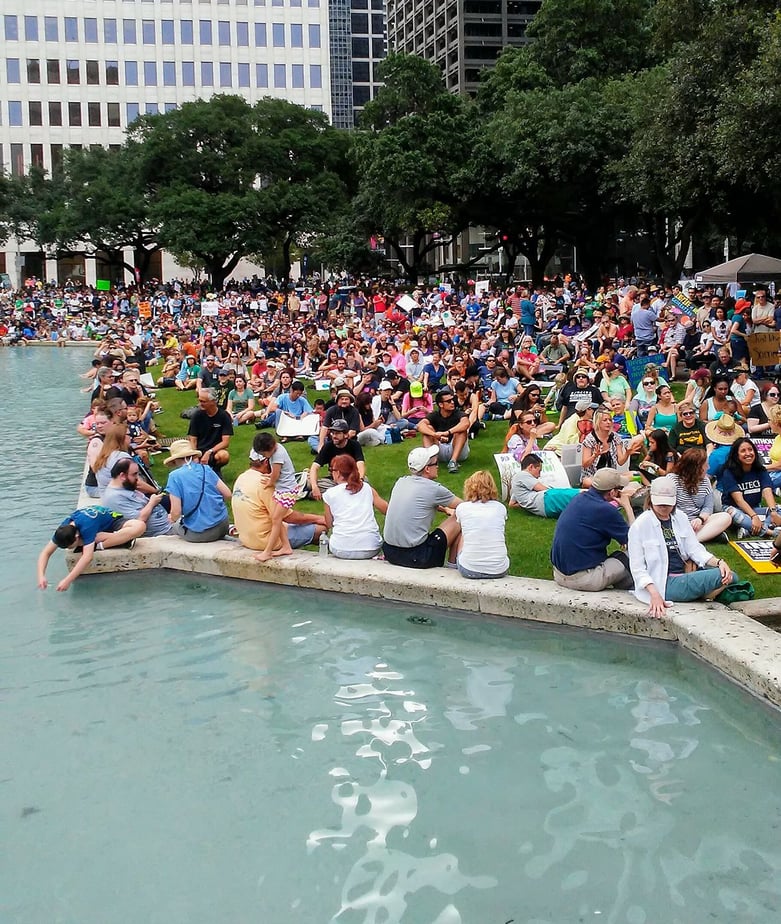 On Saturday April 22, 2017, a worldwide movement amongst the science community had people rallying to celebrate science and share why science innovation, progression, education and exploration are among the many important factors in our everyday life. One city in particular that houses our STEMscopes HQ,Houston, TX, had many participants particularly active as they celebrated living in one of the leading cities in the United States that rely heavily in all aspects of STEM (science, technology, engineering, and math).

The participants consisted of a wide array of individuals—children, men, women, experts, professionals, educators, enthusiasts, and more. The crowd of marchers began at the Sam Houston Park downtown and continued down the five blocks to the steps of Houston City Hall chanting, singing, and expressing their sentiments on issues that were cornerstone to the March for Science.

The signs that participants had were unique and added elements of truth and humor that were not lost on anyone. One sign in particular said "Come and Take It" with a giant syringe— a nod to the historical slogan of the American Revolutionary War. "Revolution" being a root reason for the sign - many participants took it as an expression for a need of progressiveness that is lacking in government interest in science innovation. Another sign also echoed the sentiments using their own slogan "Less Rants More Grants" again expressing a need for a more progressive approach to funding as many science organizations take on budget cuts.

As the marchers made their way to the center of the speech area, thousands surrounded Hermann Square sitting in the grassy knolls clasping their signs and awaiting to hear from the experts and enthusiasts that were called to speak.

The speakers crossed many disciplines and areas of expertise: doctors in leading hospitals, researchers, educators, and a 10th grade student made up the list. Each speaker had their own unique story and many spoke of the importance of diversity in STEM, how politics play into the issues, and how we need to cultivate an atmosphere where science is listed as a top importance.

10th grader Gabriel Poveda, winner of the March for Science student entry competition, spoke about the lives of young students today—a life in which students crave and need the skills that should be given through their education in order to build a better future as STEM fields increase across the world.

During the speeches, tables were also set up as organizations like Neurological Research Institute (NRI) of Texas Children's Hospital showcased a teach-in and had information for their attendees.

So where does the March for Science take us from this point? The organization continues to cover and raise awareness on issues that continue for the world of STEM. Time will tell if the sentiments of the march were received with resound, but one thing is for sure the determination of all participants was felt on Saturday and that will not be forgotten.