STEM— A Rebranded Idea of the Past

Posted by Tahlea Jankoski on September 05, 2017 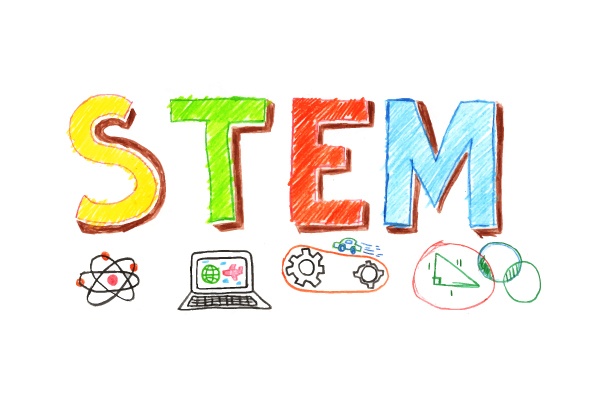 STEM has become a well-known term in education for covering the disciplines of science, technology, engineering, and mathematics. Where does this acronym come from and what led to its integration into education?

The need for STEM education can be traced back to 1950s in a time when the United States was challenged to become a leader in science and technology. The Sputnik satellite had been sent into space by Russia and the U.S. was lagging behind. During this time, NASA was formed to develop a space program and expand innovation in the areas of STEM.

More programs and education continued to be developed to offer larger achievements in science and technology. In the 1990s, several education councils, including the National Council of Teachers and Mathematics and National Science Education Standards helped set standards and guidelines in the classroom to help students be more prepared in learning topics within the STEM disciplines.

The commencement of STEM

As more focus on implementing curriculum in science and technology entered the classroom, the National Science Foundation created an initiative known as SMET (science, mathematics, engineering, and technology). SMET first originated in the 1990s but was eventually changed to METS in the late 1990s and then to STEM in 2001 after there were complaints that the SMET acronym sounded like "smut." The STEM education initiative was established to give all students the skills they need to be more marketable for ever-expanding STEM careers.

In the early 2000s, STEM curriculum received even more attention as several reports indicated U.S. students were lagging behind in STEM disciplines. A report by the U.S. National Academies of Science, Engineering, and Medicine found that American students were less proficient in STEM when compared to students in other countries.

Achievement gaps were also studied to find that women and ethnic groups were less likely to pursue education and professions in STEM. Teachers were also not as likely to be subject-certified to teach STEM curriculum, but more often had obtained degrees in other disciplines.

These overall concerns led to a STEM education initiative:

With the growing concern during the 2000s, federal investment in STEM education was officially set up in 2009. Former President Obama announced the Educate to Innovate Initiative with the goal of improving student proficiency and achievement in STEM disciplines over the next ten years. The Educate and Innovate Initiative was also set up to prepare 100,000 teachers by 2021 to teach STEM.

Looking toward the future

The need for professionals who are experienced in STEM has gone on for decades and will continue to increase as technology evolves. The Congressional Research Service has suggested more widespread literacy of STEM is not only important to STEM careers but is also important to non-STEM careers. Students who participate in STEM curriculum will be more prepared to apply skills that are in high demand for their professional pursuits.

The progression of STEM in education throughout the next coming decades will continue to ensure that we have well-developed and skill-ready workers. We hope to see that it continues to have the attention that it has today.