Posted by Marissa Alonzo on October 24, 2016
Find me on:
Twitter 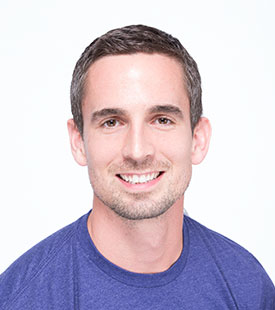 Accelerate Learning prides itself on the diversity of the team members who work together to make STEMscopes possible. Every department and individual is an important gear in the machine, but some still stand out. One provides top-notch support within the organization, but will have a unique role as a real-life scenario provider for several grueling weeks starting in December.

David Alviar is the Product Marketing Manager for Accelerate Learning by day. Evenings he's a fitness enthusiast who provides coaching for rowing students at a local gym, and soon he'll be putting his own lessons to good use on an epic journey—but more on that later. His role as a coach is not foreign to him: he came to STEMscopes from the classroom. As a fifth grade science and math teacher at Berry Elementary school in Houston, he loved teaching so much that he has found a way to incorporate it into his extracurricular activities now that he spends his days in a marketing role.

His start in education began when he was approached by Teach for America after graduating from the University of Texas-Austin in 2009, where he studied economics, philosophy, and Spanish.

"I came from a blessed background and went to a private school here in Houston from PreK-12; I felt that I could use what I learned to benefit public education—that's why I agreed to teach with Teach for America."

David taught fifth grade for three years. During that time he learned about STEMscopes from colleagues and began to work at Rice University on the weekends, developing the product and recruiting. He joined the small, close-knit marketing team in 2010.

"I thought it was a great opportunity for growth. It was going to allow me to move further and reach more students than I could just inside my classroom."

David spent his first years at STEMscopes learning all things marketing and professional development, before Accelerate Learning was formed. As the team grew, David was finally able to apply his deep knowledge of the curriculum in his role as Product Marketing Manager.

Drawing from his experience as an educator, recruiter, and marketer, David has contributed many key elements to the continued growth of the Accelerate Learning brand and the STEMscopes products. But his biggest project currently lies outside of the work environment and draws on his experience and training as a collegiate and avocational rower: he is preparing for the Atlantic Row Challenge, a rowing race across the Atlantic Ocean, as part of a 3-man crew, the American Oarsmen.

"Race for the Atlantic is like the Mt.Everest of race for rowers," said David. Race organizers call it "the world's toughest row." David and his co-coach from the Rice rowing team began this journey in 2014, adding a third oarsmen the following year. Since then they have worked tirelessly on the fundraising, training, and prepping necessary for the event, where they will compete with only a dozen other teams from around the world.

How does it work? David and his two teammates will row 3,000 miles from the Canary Islands off the west coast of Africa to the island of Antigua in the Carribbean. Their boat, the Anne, must carry everything they need for the 40-day journey, and they will have only books and each other for company. Contact with civilization will be limited to a satellite phone for only pertinent communication.

David isn't leaving STEMscopes completely behind, however. He has developed a plan to use the race experience to provide real accounts of problem-solving, engineering practices, oceanography, and more for the STEMscopes curriculum.

"We will be collecting water samples, pictures, and videos to explain the animal life and food chains, as well as the predicted work-through for issues that may come up, like how to solve a broken rudder or clear algae off the boat without becoming part of the food chain ourselves. We're happy to provide this type of information and hope to help students understand it from a real perspective."

The American Oarsmen will not only contribute to STEMscopes through these science lessons: each is individually sponsoring a charitable organization—Teach for America - Houston, Cure Alzheimer's Fund, and the Anne Sullivan Foundation.

The team embarks from the Canary Islands on December 14. After David's years of preparation, we are thrilled to see him complete his journey and return to us with new and exciting data and personal stories about his epic challenge.